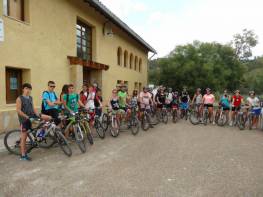 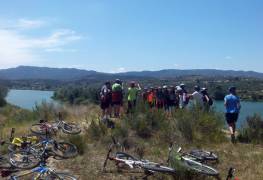 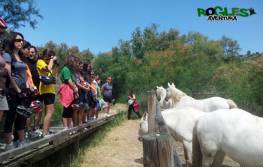 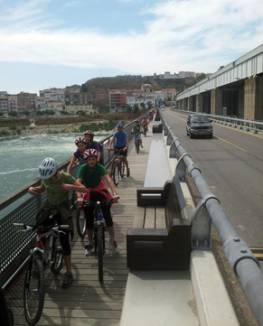 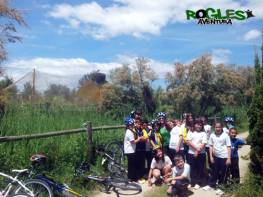 Nature of wildlife on the banks of the Ebro.

We suggest you a non-guided tour. It is a dirt road plan without any particular difficulty and you can be making stops at various points of interest.

River area located on the banks of the Ebro passing through Flix. The origin of this wetland as referred texts in the fifteenth century, and was mostly occupied by growing areas until the abandonment of the uses permitted in a way that was the recovery of the river itself. The preservation of wetlands is one of the identity of the area.

The fact of being within a reservoir,  determines the hydrological characteristics of this unique space.

Is characterized by an area of wetlands with significant accumulation of sediments that have led since the construction of the dam in 1948, a strong development and proliferation of vegetation. The fact that Flix has been an industrial village and so, abandoned fields, has led to the paradox that just in front of the factory, there is this privileged environment: a few banks of the Ebro where there is no industrial or agricultural activity.

Sebes is visited by many students each year, which is an ideal learning environment and led to some great technicians who love the area.

In which occupies 150 hectares can enjoy the different wetland boardwalks and watchtowers for bird watching; visit the Museum of navigation or Iberian populations that means that if 2500 years ago they chose to live in this area, they would have a good reason.

The best from Green Way:

How to find us?

Any cookies that may not be particularly necessary for the website to function and is used specifically to collect user personal data via analytics, ads, other embedded contents are termed as non-necessary cookies. It is mandatory to procure user consent prior to running these cookies on your website.